Naples Theater Festival 2020, many concerts at the Royal Palace

Thirteenth edition of the Napoli Teatro Festival: many events scheduled at the Royal Palace of Naples!

From 1 to 31 July 2020 the new edition of Naples Theater Festival, the show that will offer 130 outdoor shows in 10 beautiful locations in both Naples and Campania.

Among these there will also be the Royal Palace of Naples that starting from 7 to 13 July 2020 will host various events. In fact, the Napoli Teatro Festival has chosen it as the symbol of art, arranging three different stages in its magnificent courtyards that will host the various events.

It is therefore an event not to be missed that will take place for 7 consecutive evenings within the magnificent gardens of Palazzo Reale, you can spend a day full of music and fun.

Here are the concerts scheduled from 7 to 13 July 2020, at 19:30 in the Carriage Courtyard of Royal Palace of Naples:

Maria Mazzotta with #amoreamaro
Maria Mazzotta, the talented singer from Salento will present her latest album Bitter love, accompanied by Bruno Galeone on the accordion.

Valerio Sgarra #canzonedautore
Valerio Sgarra, author of songs in the wake of the great songwriting tradition that goes from Paolo Conte to George Brassens. He won the last De André prize and his album is out.

Ciro Riccardi-Napoli underground #nujazz
After the vinyl Tales album, the jazz musician Ciro Riccardi is working on new musical visions that start from the Greek roots of Neapolitan musicality.

Ebbanesis #teatrocanzone
EbbaneSis, female vocal duo who gained success first thanks to the diffusion of their interpretations via the web and subsequently through numerous concerts even in Russia and the United Arab Emirates.

Where: Royal Palace of Naples 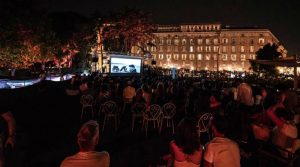 Neapolitan cinema in the Royal Palace of Naples: ticket for 4 euros 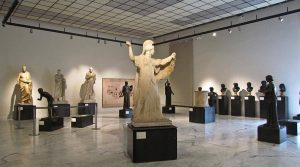 Mondadori Bookstore opens in Naples: a library on three floors ...

Metro line 1 timetables, funiculars and buses in Naples to ...