The Italian national basketball team visits the Montedonzelli park in Naples to discover the artistic works dedicated to Kobe Bryant.

Wonderful opportunity for the city of Naples who will see in the afternoon today, Tuesday 18 February 2020 at 15:00, the visit of the Italian basketball national team at the park of Montedonzelli, where they have been dedicated murals and written to the sample Kobe Bryant, recently disappeared.

Less than a month ago, he died on January 26, 2020 Kobe Bryant, star of the NBA, who died tragically following a fire that developed inside an aircraft.

To pay homage to the great champion a Naples the artists Jorit and Luca Carnevale they wanted to make gods murals and a gigantic writing on the ground of a field that is found in the Montedonzelli park in Naples.

The park, long ended up in the hands of stragglers and drug dealers, has finally had the visibility it deserved thanks to the initiatives of the artists Jorit and Luca Carnevale.

Their works have traveled around the world and have even reached the top of American sport Espn and Slam, also getting a like from LeBron James, leading player of the Lakers, team of Kobe Bryant

Thanks to this visibility it was decided to recover the area, currently closed to the public.

La Fifth municipality, the Via dell'Erba Committee and other associations they are working to reopen this park, to return it to the city, restoring it completely, complete with a skating rink and carousel area.

To realize the works it will take 15.000 € and certainly one will be started fundraiser. 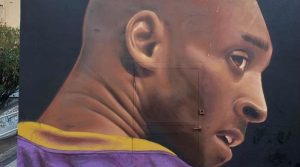 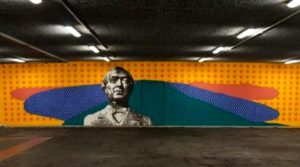 The Aquarium of Naples at the Dohrn Zoological Station reopens: new tank ...

2020 Carnival in Pozzuoli, between tastings and fun