Spanish
HomeTo seeThe most beautiful places in Campania, the destinations not to be missed
To see, Do not miss

The most beautiful places in Campania, the destinations not to be missed

Campania is known for its ancient ruins, the spectacular coast and its enchanting landscapes, its cultural traditions and one of the richest capitals of works of art: Naples.

Since 2019 holds the record among the Italian regions of the sites and elements included in the lists of UNESCO's tangible and intangible cultural heritages.

To date, in fact, the Campania region ranks first with 10 elements recognized by UNESCO, including the historic center of Naples, considered the largest in Europe, with 17kmq, or 14,5% of the entire urban area.
Today Campania is among the 20 most visited regions in Europe and among the first in Italy and, for this reason, we will guide you in the arduous attempt to enclose in this guide the most magical places in the region that range from the sea, lakes, mountains and villages to visit.

We will show you how to reach them and what to give to your palate and your spirit.

The places of the sea not to be missed

Blue Grotto and Faraglioni of Capri

Capri is an island that belongs to the Gulf of Naples, located opposite the Sorrento peninsula. Here you can immerse yourself in a timeless world, in unforgettable panoramas and sunsets, in walks among the workshops of the master craftsmen and, at the same time, dive into the most exclusive social life if you want.

One of the best known natural sites is the Blue Grotto, a dark cavity in which the sea water is tinged with an incomparable electric blue thanks to the presence of an underground cave that filters the sunlight. And how not to tell you about Faraglioni of Capri?

The faraglioni of Capri are three rocky peaks located south-east of the island, known all over the world thanks to the suggestive panoramic view from the gardens of Augustus. These protrusions are identified with three distinct names: the first (joined to the mainland) is the Faraglione di Terra; the second, separated from the first by the sea, is that of Mezzo; while the third, reaching out towards the sea, is the Faraglione di Fuori.

A curiosity: the Faraglione di Fuori is well known because it is the only habitat of the famous one blue lizard, a species made unique by the very particular bluish color of the sea, which goes from the throat to the belly up to the tail, being interrupted only by the blackish pigmentation present on the back.

How to reach Capri:

What not to miss in Capri

A walk through the shops of fabrics, handmade sandals, a stop in the square.

City of the Sorrento peninsula located between the Gulf of Naples, the Lattari mountains and the Gulf of Salerno, Vico Equense has a suggestive historic center overlooking the sea, small beaches and excellent restaurants where you can taste the gastronomic delicacies of the place.

A wild and unspoiled place is the splendid Punta Campanella, the extreme tip of the Sorrento peninsula. In front there is only the sea and the island of Capri. A place on the border between land and sea that since ancient times has been covered by a sacred aura. Ulysses is said to have built a temple here for the goddess Minerva who had protected her journey.

How to reach Vico Equense

How to reach Punta Campanella

From Naples: via ring road A3 and SS145 in the direction of Via Nastro Azzurro in Massa Lubrense

What not to miss in Vico Equense and Punta Campanella

Wild, daring and romantic: with its terraces suspended over the sparkling sea, the heritage of art and the characteristic architecture, the Amalfi Coast is one of the most famous places in the world.

Without a doubt the pearl of the coast is Positano, a splendid and colorful village that develops vertically on the rock full of narrow streets, shops, beaches and pristine coves. Then sunsets and full moon frame a breathtaking panorama.

How to reach Positano

What not to miss in Positano

A tour of the historic center, a walk to the belvedere and a whim for the palate: saltimbocca alla sorrentina, stuffed squid or the vermicelli of Positano.

Let's move further south and cross the Cilento coast. Here are some of the most naturalistic beaches in Campania.

Cala Bianca, "Most beautiful beach in Italy" in 2012, owes its name to the white pebbles that surrounds the surrounding area. Wild, devoid of dining facilities and extremely charming, Cala Bianca faces a crystal clear sea while behind it is surrounded by a splendid rocky landscape.

How to reach Cala Bianca

Cala Bianca can be reached by sea, by boat. The more adventurous can park at the top of the coast and reach it on foot, crossing a respectable trekking path. An essential rule is to equip yourself with comfortable shoes and backpacks. Leave your slippers and beach bags at home!

Porto infreschi it is located after Cala Bianca and Il Pozzallo beach, but can only be reached by sea. The cove takes its name from the ancient custom of sailors who needed to keep their catch cool during the working day. The cove, in fact, has a beautiful cave, with a cool and mild climate. It seems to be in the Caribbean, instead we are in our beautiful Campania!

How to reach Porto Infreschi

Campania and the lakes

Almost still from the sea we move to one of the most beautiful lakes in the region: the Lake Fusaro, surrounded by a splendid natural park which is characterized by the presence of the Casina Vanvitelliana, one of the most refined eighteenth-century productions. Here you can relax, walk surrounded by nature or enjoy a wonderful landscape and, for those who want, you can also visit the Casina.

How to get to Lago Fusaro

Campania and the mountains

Campania is not just sea! We can really enjoy it too beautiful mountain landscapes, As the Matese, for example, the Samnite Apennine mountain range, included in two regions (Molise and Campania). The Matese area is characterized by the rise of a gigantic natural park, with an enchanting landscape and a rich and varied vegetation. The park, in fact, includes three lakes and is home to many species of wild animals such as foxes, dormice, marmots. There are also those who wait to be able to admire a majestic golden eagle. It is not surprising that the whole area has become a real one over the years sports paradise who love to enjoy mountain biking or go hiking or caving. And when the snow falls in winter ... well you can even ski!

How to reach the Matese park

Let's still enjoy some splendid mountain landscape with the Taburno Camposauro massif, which is located entirely in the province of Benevento. Here too we can find one beautiful natural park, characterized among other things by an rvegetation and waterways, which make it an ideal destination for long walks, excursions and picnics surrounded by nature.

The villages of Campania not to be missed

Without moving from the province of Benevento, we can admire a village that has been nicknamed "The pearl of Sannio", Whose historic center, structured in a semicircle, has entered the circuit of most beautiful villages in Italy. Sant'Agata dei Goti rises steeply on a tuff spur in the Caudina Valley, at the foot of Monte Taburno and its architecture is unique in its kind to the point that, seen from afar, it seems the natural continuation of the rock on which it resides. A curiosity: did you know that Sant'Agata dei Goti was often a film set? Here several feature films and short films were shot.

How to reach Sant'Agata dei Goti

What not to miss in Sant'Agata dei Goti

Here you absolutely cannot miss a taste of Falanghina DOC wine, and the maltagliati with sausage.

Let's move towards the sea again, in the province of Salerno this time: here we can admire a panorama worthy of a postcard, in one of the UNESCO heritage villages since 1998, as well one of the 21 “jewels of Italy"(Unique in Campania). We are talking about Castellabate, a medieval village full of sites and monuments, such as the ancient Castle, the churches, the perched lookouts, the 5 ancient doors that armored the city. The whole village has also been awarded with the blue flag and since 2007 has entered the list of "most beautiful villages in Italy".

Curiosity: it is here that, in 1811, King Joachim Murat stayed, who on that occasion pronounced the famous phrase: "Here you don't die!"

How to reach Castellabate

What not to miss in Castellabate

The dishes to taste at least once are: the fusilli alla cilentana, the stuffed squid, the Cacioricotta del Cilento.

We are located in the province of Salerno, in a village that takes its name from its "hollow" shape and also called the "village of the stairways", because of the numerous stairways that connect it to the rest of the area. This tiny village is part of the Amalfi Coast and offers us a crystal clear sea, a suggestive panorama and surrounding architecture characterized by six churches, all in a panoramic position! Along with the whole coast, Conca dei Marini has been declared UNESCO heritage from 1997.

How to get to Conca dei Marini

What not to miss in Conca dei Marini

To taste absolutely: the penne with cherry tomatoes "piennolo" and the "sfogliatella di Santa Rosa" 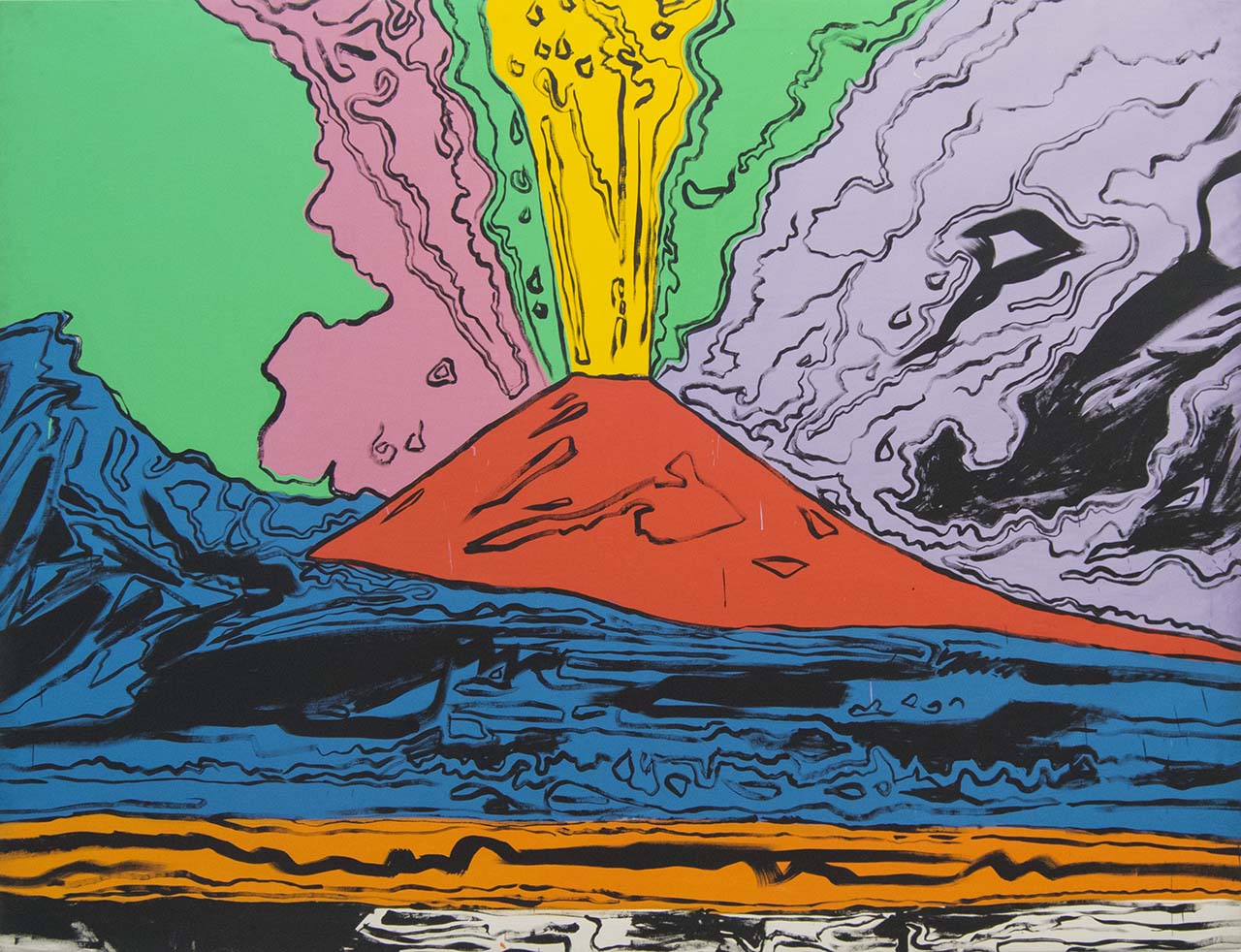 Culture, Do not miss, Links, Naples to discover 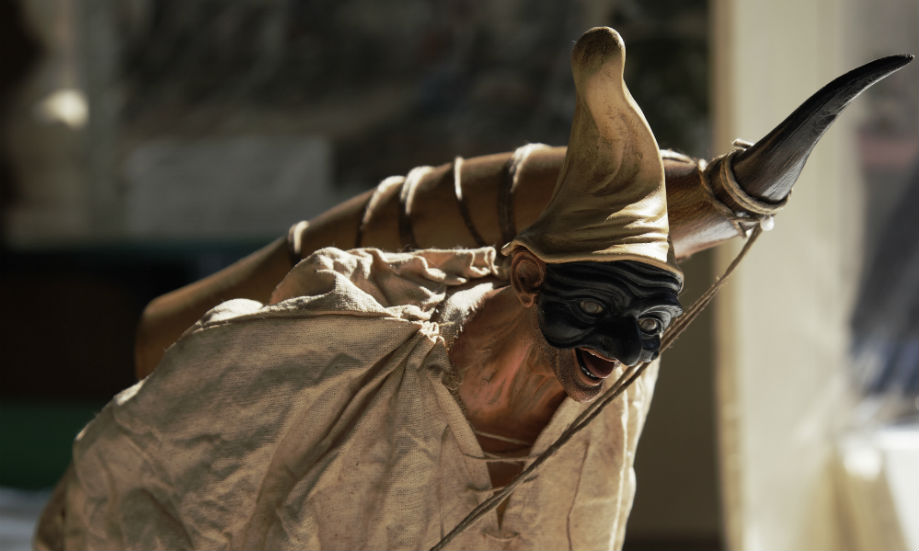 Culture, Do not miss, Links, Naples to discover

The mask of Pulcinella, history and myth of the symbol of Naples

Sant'Agata dei Goti, the best agrilturisms not to be missed

The best motorbike itineraries in Naples and Campania